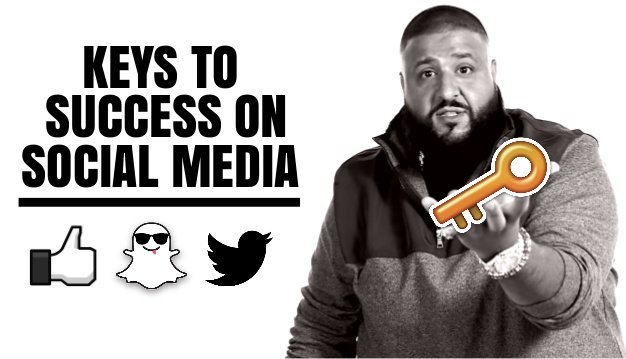 The internet is constantly evolving. Marketing is always changing and the key to success on social media is day traded with attention. In recent months, DJ Khaled has taken the world by storm with his Snapchat presence and has grown a global audience of fans. HIs ability to growth hack, engage and rise to the top in only months provides a case study to learn from. Inspired by his success, here are 10 things your business should think about to crush it on social media in 2016.

1. Why are you on social media?
Social media can be a total waste of time if you don’t have a strategy. It can however be a major game changer to your business if you invest the time. What’s your end game? Start with the “why”, why is your company even on social media in the first place. This is the single most important question.
2. Don’t think like a marketer. Think like a customer.
Marketers are bad at marketing. They believe they know how to speak to customers on social media yet they don’t use it themselves. Social media isn’t just about posting on Twitter or Facebook and hoping that someone notices, if that’s your endgame stop now, it’s about connecting people with value. Ask yourself, “would I buy from this brand?” and use the same channels to put yourself in their shoes.
3. B2B and B2C is the same.
Everyone on social media is a potential customer. The only thing that varies is the platforms you’re using to reach them, the offer, and audience. See next.
4. Identify who you’re trying to reach.
Who’s your target customer? What makes them tick, how old are they, what interests do they have, and what platforms do they use to engage? If they’re Millennials you have a higher likelihood of reaching them on Snapchat. Women? Go to Pinterest and Instagram. Professionals? Use LinkedIn and so on.
5.  Chose 1-2 channels where you can get the highest reach.
You can’t be everywhere and stay effective. Use them complimentary to each other for cross promotion. Get really good at a few channels and crush them.

6. Create relevant and engaging content.
Don’t always be thinking about promotion. Think about value. How can you add value to their lives. Is it through education, tips and tricks, resources around your service and product. Ask them: What do you want to hear from us about?
7. Social media is like the Atlantic, Indian, and Pacific Ocean combined.
Content gets lost in a giant ocean and all you are is a sailor in choppy sea. Don’t post just for the sake of posting sh*t. Be intentional with your content. Your audience will know.
8. Community is king, not content
Build a loyal community of followers, MAJOR KEY. Don’t sell them sh*t, instead get them to sell for you as advocates.
9. Respond to tweets in a timely manner.
What’s the point of being on social media if you aren’t going to reply to inbound traffic. (Ex. Beyoncé mentioning Red Lobster in a song, Red Lobster trends, and they did capitalize on the traffic until 8 hours later)
10. The keyword in social media is “social” so socialize!
Talk to your audience, make conversation, build relationships. Consumers are people and they don’t want to be sold to, they want to be engaged so engage them.
Analyze your data. Understand what performs well and continue creating for your community. Measure week over week, month over month, quarter over quarter, and year over year growth on all content. If you aren’t growing, you aren’t giving your community what they want. It’s that simple.
Real talk: Men lie, women lie, numbers don’t ~ Jay Z
Are you on Snapchat? Join a growing community of Snapchat followers at Snapchat.Directory. 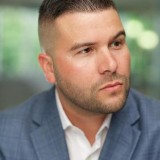 Carlos Gil is an Entrepreneur, Brand Marketing Executive, Start-up Founder and Public Speaker with 8+ years leading social media marketing and strategy for global brands. Carlos’ work has been featured by, or seen in, CNNMoney.com, Mashable, Inc. Magazine, Social Media Examiner and is a recurring speaker at industry events such as SXSW and Social Media Marketing World. 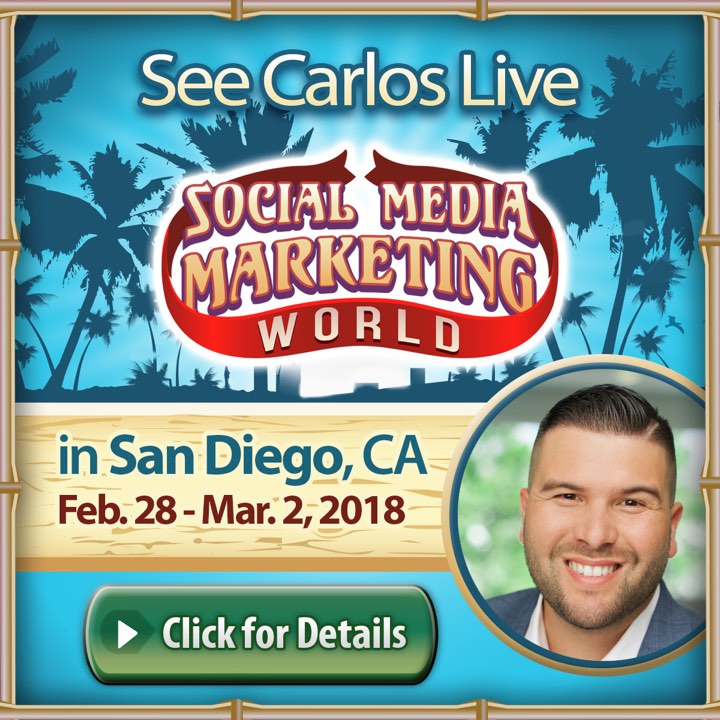